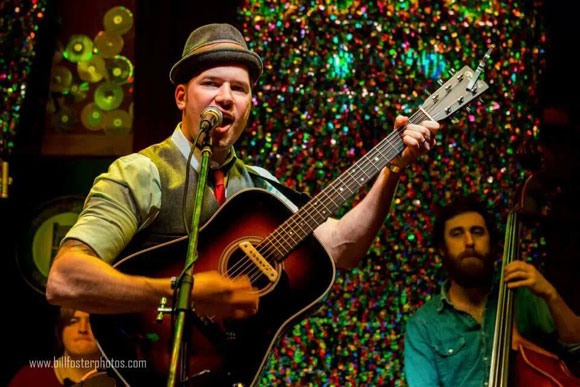 Two albums: Gritty City (2005) is an acoustic album with RR only; Listen Before Dialing (2009) includes Matt Foster (dobro, mandolin, vocals) and all of the Cardinal Sins except for Keeney. Both are produced by the Sins' indie-label Low Growl Records. Roman Reese has been playing music since he was 15 and with the Cardinal Sins for about four years. It's boot-stomping bar rock about Liquor, the Lord, Women, and War (LLWW), rock n roll with an unavoidable hint of a twang. Much of the music is heavily influenced by Reese's time in the military which took him from Texas to Baghdad, but the songs often dabble in more-traditional fare such as lonely love and booze, generally speaking. As Leah Willis said in Knoxville's Metropulse, "It's the next evolution in beerhall ballads guaran-damn-teed to get the whole boozy bar singing along!"